A UK MP has launched a lone protest at the Nigerian embassy in London, demanding for Leah Sharibu’s released.

Sharibu, a recently stirred public empathy after an audio recording was released by the insurgents, in which she was heard begging President Muhammadu Buhari to rescue her.

Sharibu was left behind by her captors because she refused to denounce her faith, while the other girls were ‘returned’ by the terrorist group.

Therefore, Liberal Democrat MP Tom Brake is staging a sit-in outside the Nigerian High Commission in central London to put pressure on the Nigerian government, he says.

Speaking with CNN, Brake says There cannot be a clearer example of someone whose human rights are being ignored than that of Leah who is being detained just because she has maintained her Christian faith.” 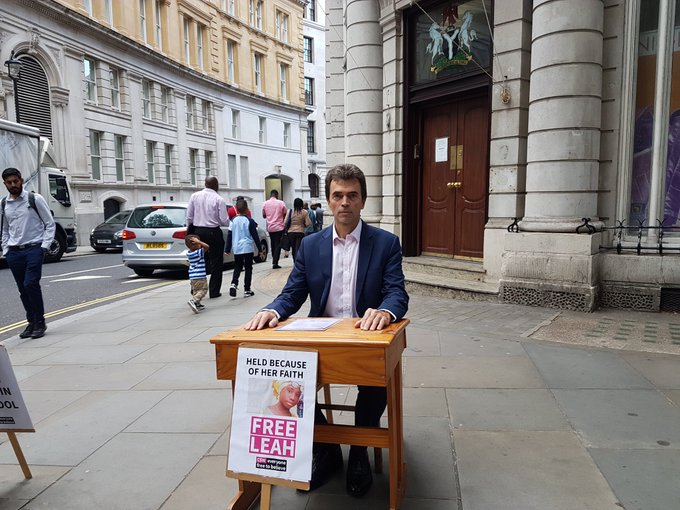 Outside the Nigerian High Commission launching the #freeleah campaign. Leah, who is still held captive by Boko Haram, because she refused to recant her Christian faith, has been held for 198 days.